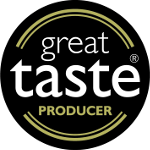 Keri King - Draw what you see

Keri King - Draw what you see

Keri gained an honours degree in Art and Design. After teaching Illustration in Milan and Rome Keri worked as a Fashion assistant on Marie Claire Magazine and a shoe designer for Jimmy Choo. She became delusioned in education and with the fakeness of the fashion world so she became a drugs counsellor for single parents and their children.

In an attempt to marry art skills and people skills Keri then went on to gain a PGCE at Goldsmiths University becoming an art teacher and on to Head of a large Art Department for 10 years.

Keri is now a portrait Artist. Painting Children's portraits and transforming them into fairies, elves and pixies Inspired by the imagination, nature and Artists such as Arthur Rackham, Sophie Anderson, John Atkinson Grimshaw and Brian Froud.